First of all I've switched the format in which I construct my mixes. Before they were always 17 songs. A nice big prime number. And that number was chosen because, when burned to a cd, 17 songs usually maxes out the available space. I'm Dutch, hence I like to use everything you can.

But, in today's modern age [where the single song download is rapidly watering down the effect of a solid album], everyone seems to have digital music players. Taking this all into consideration the mixes to follow will use 13 tracks and will only be offered in the form of single song downloads. If you want one archive file containing all of the tracks [for easy downloading] let me know in the comments and I'll make it available. For now, enjoy the songs. 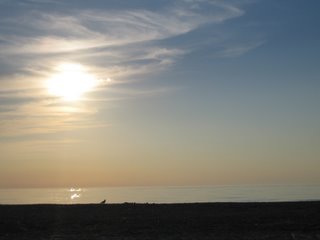 01 : Joshua Radin - Star Mile : It wasn't just breathy boy/girl harmonies, catchy lyrics, and superb instrumentation that got Joshua recognized. As is true in so many fields it's all who you know. And Mr. Radin knows Zach Braff, actually went to school with him. They first hooked up to put some of Josh's songs on Scrubs, then Josh got a record deal, and now two of his songs are featured on The Last Kiss.

02 : Josh Ritter - Good Man : I love this song. I really cannot get enough of it. And it comes from one of the best albums of 2006. This man has a future in the new folk scene alongside such other acts as Page France and Zach Williams. If this is the future of "indie" pop then it is a bright future indeed.

03 : Fields - If You Fall We All Fail : It seems as if any band that sneaks out of Britain these days is spectacular. Add to this the fact that at least one of their band members hails from Iceland [homeland of Sigur Ros, an easily identifiable reference in their music] and you have a recipe for beautiful music. They will be huge, maybe not on the level of Coldplay or U2, but I expect them to rival The Arcade Fire for underground credibility.

04 : The Killers - When You Were Young : I like the lyrics, I love the band, I'm excited to hear their new album. I still don't always understand what they're talking about, what reference or point they're trying to make, but it doesn't really matter when you're the new glam kids on the scene. Let's hope that all the hype they've been getting doesn't lead to a giant letdown.

05 : Envy Corps - Rhinemaidens : At the beginning of the track it sounds hauntingly like something I've heard, and loved, before. I can't quite place what their sound reminds me of, but it feels comfortable and good. I really feel like once the guitar kicks in it sounds like something that Men at Work should have recorded.

06 : Thunderbirds Are Now! - We Win (Ha Ha) : I have no idea how I first heard of this band. They sound a little rough around the edges, almost like the Yeah Yeah Yeahs with a male lead. One thing is that their sound is frantic and at the same controlled. It has a certain driving energy, quick drums, sonic stops, and a hook that pulls you through the just over three minutes track before you know it.

07 : Gavin Mikhail - Fight the Sky : Yeah, I did include a basic pop song on my mix. Get over it. The first thirty seconds sound like standard, run of the mill piano pop. Then the song gets pushed to the point of almost being over-produced. And it sounds great. Like a better Jason Mraz with a real purpose and talent [and no trucker cap].

08 : The Triangles - Applejack : My little brother made me listen to this song while I was home this summer. At first listen I didn't really like it. It took me awhile to really get into their sound, and to be honest it's still not my favorite. It comes across as a poor man's Polyphonic Spree. But in this weird mix of preschool sounding lyrics and hooks there resides a type of youthful energy which deserves at least two, maybe three, listens.

09 : Imogen Heap - Hallelujah : Originally a Leonard Cohen song, first famously covered by Jeff Buckley, then again by Rufus Wainwright, and now finally the brit voice behind Frou Frou. Buckley's version is still the best on the planet, but Imogen brings her own twist to the song. Namely she drops the instrumentation and uses her voice, and breathing, in layers to make an old classic new again.

10 : Ben Kweller - Thirteen : BK himself said that this was the most personal, and best, song he's ever written. It appears on his newest self-titled album and he has said that it's difficult for him to perform live because he gets very emotional. The bottom line is that it's another great song from the one time musical kid genius.

11 : Sufjan Stevens - Pittsfield : Sufjan Stevens has a disease, and the only cure is making more and more [and more] music. So he writes hundreds of songs every year and records most of them. This song hails from his b-sides album The Avalanche and it's easily into my top ten favorite Sufjan songs. It builds and builds upon itself, even if it is simple in the way it's constructed, and eventually reaches a peak that you wish would last forever.

12 : Zach Williams and the Ramparts - James : Mark my words, Zach Williams will be huge. All in due time he will play every indie festival from Bonnaroo to Pitchfork. And he will dominate. But for any of this to happen he needs to drop the "and the Ramparts" from his name. All that being said this is a wonderful song.

13 : DeVotchKa - How It Ends : I can't quite classify the sound of this band. It's good yes, it's weird yes, and it somehow works [accordion and all]. When the music drops out and he wails "and you already know how this will end" I get goosebumps, I get a little crazy, I want him to keep singing forever. But alas, this is how it ends.
Posted by The World Forgot at 11:59 AM 60 comments: Links to this post

I found this on YouTube and thought it deserved a spot here.

Posted by The World Forgot at 8:00 AM No comments: Links to this post 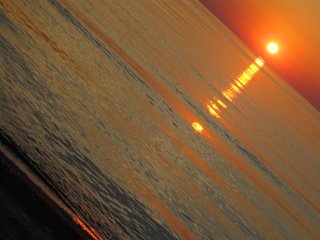 Recently an old mate of mine from university mailed me a couple of mix cd's. I enjoyed this one immensely and consequently I dumped it to mp3's, uploaded them all, and now I'm sharing with the masses what he chose to share with me. Thanks Joel, they're all great songs.

"We don't listen to bad music, neither should you."

Music is hosted here for a brief amount of time to allow readers and fellow bloggers to experience new music. Hopefully, by exposing the world to new sounds, it will generate income for the bands and labels that are mentioned. If you would like music taken down please feel free to contact us at our provided contact email address.